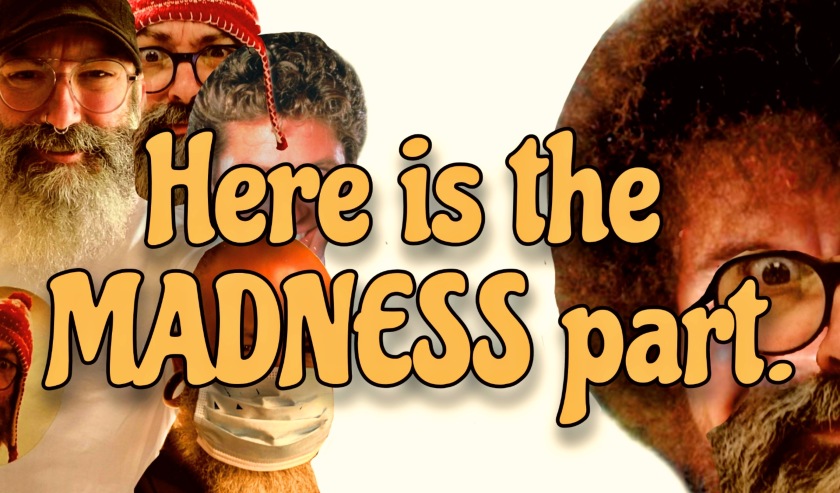 Anyone who has followed me knows that my life has been a #Retail Journey mixed in with some Madness of being #Bipolar….but I have yet to expose the innerworkings of my mind and what has kept me in this tempest of internal conflict.

I hid these symptoms as far back in my daily life and in my career as far I can remember and the struggle was overwhelming on a daily basis trying to push them down just like the Whack a Mole game.

Some days were good where the gift of having Manic Episodes (that come with being BiPolar) gave me extreme creative energy and the other days were fighting with myself trying to understand why I felt trapped in my own body, unable to move, unable to think and just wanting to bury myself.

…but it’s all good for the most part. Oy!

My medications (#lithium #seroquel #cipralex #abilify #valporicacid) are working well enough, but being BiPolar will always live on inside my grey matter and you never know when it will poke up it’s ugly head.

Just last week my OCD flared up without even sending me an invitation; just like an unwanted relative.

My OCD is simple but drives the shit out of me as it takes such simple daily things that may seem normal to you and twists them into a pretzel; like having to recheck that the front door is locked or having a minute scratch on my car  bothering the shit out of me to a point where I will try to buff it out for days.
These OCD episodes can last a day, a week or longer but they will disapear like a thunderstorm does.

…and guess what, the above is probably one of the few that I enjoy the most..Ha! not really.

So here are the others that are part of my repertoire just like an assorted bowl of Fruit Loops that haunt me even when medicated; but are much better than before.

👉 Second guessing my decisions which can eat away at me and destroy a weekend, ruin a family get together and flare up an episode of depression.

👉 Depression. This butthead of a monster that just likes to appear…well because it just likes to. This comes and goes, but I am now better equipped to fight it through medication, exercise and rerouting my thought process. My last extreme episode was over a year ago that was triggered by an anxiety attack.

👉 Going to bed early trying to get myself over a speedbump to make it to the next day. Bella (my dog) is sensitive to this as she will immediatley follow me to bed.
👉 Mania / Hypomania: As those that know me know I like to talk…alot and sometimes my thoughts race and can seem out of control to others but not me. I have been able to control this through recognizing this myself but also letting others that work with me to let me know when this is happening.

👉 Rapidcycling: This is the fun one where each of the above can decide who will take part in a soup mixture that will invade my brain to give me a momentary lapse of reason and just randomly pop its head up. Thank you Pink Floyd.

👉…and believe it or not for those that know me; Social Awkwardness. Yup, I would prefer to hide under a bed than meeting someone. But when It’s SHOWTIME it’s SHOWTIME and my internal BEAST MODE turns on. I find this my most amazing skill because I can flip it on and off when need be…sometimes.😃

There are other fun ones that make an appearence without making an appointment but will allow me to try to reschedule them for another date:

👉 Grandiosity and overconfidence. That never happens does it? This one has played a major role for good or bad for most of my life. It has opened the door to promotions and closed them down as quick as well

👉 Impulsive behaviour. WIN for me! I am now able to steer this one right out of my noggin when it decides to say “Hello again my lost friend, we need to buy that 88” Television x 2.

Well here we are almost near the end of this blog and I hope I simplified to you and my followers what I have gone through most of my life due to being #BiPolar without shame.

The reason for this post is two fold;
1. It’s cathartic to write about this.
2. I hope it opens your own eyes to help yourself and / or others.
What are your own personal stories or having someone close to you on this journey as well.

Please Follow my Mentalhealth Journey and Retail Madness Marathon by ⭐SUBSCRIBING⭐ to both of my #RenegadeRetailer channels at:
👉YouTube:
http://www.youtube.com/c/RenegadeRetailer
👉Blog:
https://renegaderetailer.blog/
Have a PHENOMENAL day.
#thatisall

This site uses Akismet to reduce spam. Learn how your comment data is processed.